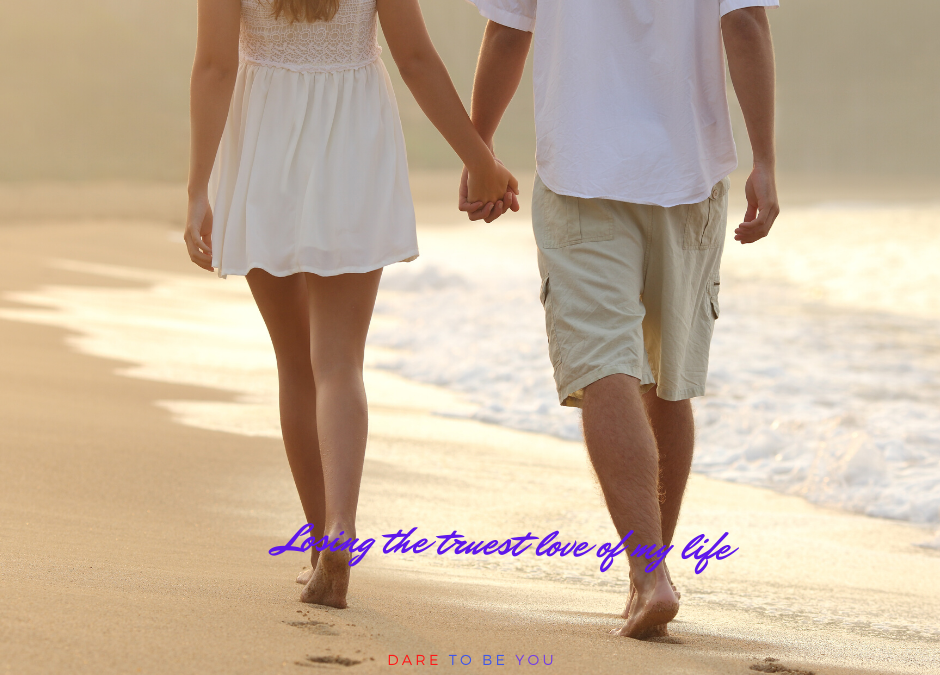 This is a memory I had locked away in a little box in a corner of my mind because the ending for me was quite tragic and deeply hurt me.

Many years ago, I had my life sorted out I had a great job with a global organisation, amazing friends a wonderful spacious place to live. I practically had it all, but one thing and that one thing was a loving partner to share the ups and downs of life with and eventually marry.

This was after the 2 times I had been cheated on by 2 different long-term partners with my so-called best friends. I had literally picked myself up reinvented myself and gotten myself to a point in my life where I was ready to let someone special into my life as I has sorted out all of my emotional baggage from past relationships, gotten quite comfortable within my own skin and my self love and self-respect were at an all-time high and I loved my life. I decided it was time to start dating and get myself out there again to find love.

I didn’t now how to meet men at the time, so I got myself a profile the Facebook dating app. I was chatting to a really nice, interesting guy for over 2 weeks then I had to go out to a mine site for work for a month as I did fly in and fly out to relive technical support staff out on the central Queensland mine sites for a global mining company. We chatted for that month I was out on the mine site for work every night and he seemed quite nice not like the other guys I had chatted to on that dating app before. He as respectful, honest, funny and a great conversationalist.

The guys I had chatted to previously were twisted and perverted and kept asking what I was wearing in the form of under garments and trying to move the conversation to more of a perverted sex chat which I found was very disrespectful especially since I had not met them face to face and therefore didn’t know them from a bar of soap. So just kept blocking them as their choice of conversation was very disrespectful to me and at that point in my life, I wanted to be with someone who would respect me and love me for who I was.

He was very different in his conversation topics and very respectful in what he said to me. Our conversations were deep and meaningful, and they showed me the type of person he was as we would talk for hours and hour either on the phone or on chat about everything. He let me in, and I let him in and we just got each other. He as a true gentile man.

The night before I was to fly back to Brisbane, he asked me if I would like to go over to his place for dinner as he would cook something special. Naturally I said yes as my intuition and instincts told me I would be safe. we had arranged for this dinner to happen the following week I got back from the mine site.

We spoke on the phone a few times before the night we were to have dinner. That week I felt a little giddy and nervous and I really had to talk myself into going over to his place for dinner as meeting someone for the first time in person at their place wasn’t something I would normally do as it wasn’t the safest of situations to put myself in as I was very safety conscious due to having been raped years earlier, but I took a chance on him.

The day of our date had arrived, and I put on something special sophisticated yet very elegant and drove to his place. I parked my car on the side of the street and when up the stairs to his apartment block and knocked on his door not knowing what to expect when he opened the door.

He answered the door with a massive smile on his face invited me in and offered to take my coat. I went inside and took off my jacket and gave it to him. I was instantly surprised by what I saw when I walked through the front door. He had a really nice posh upper market type of place with really stylish newish furniture and it was immaculately clean and tidy. The reason I was so surprised by seeing his place was because I have been over to male friends’ places before to what movies etc and their places were no as neat and stylish and I thought that all Bachelor pads were similar or like my friends places were and his wasn’t at all like theirs places.

He had been cooking and I could smell the beautiful aromas of the food cooking wafting through his place. He had candles lit and sitting all around his place to give it a really romantic feeling to it and he was wearing really nice casual slacks and a shirt. He was clearly a man who know how to live and impress.

We had a glass of expensive red wine before he served up dinner. The food tasted amazing. After dinner we sat and talked for hours. What I really liked about him was he didn’t try anything on me that night. It was just a really good evening of getting to know each other on an intellectual and emotional level. When it was time for me to leave that night, he hugged me goodbye and the night ended. He was the perfect gentile man.

The following week he took me out for dinner at a fancy restaurant on the river I believe the restaurant was called Oxleys on the river. He picked me up from my place and drove me to the restaurant and for the walk to the restaurant which was a 10 min walk he offered me his coat as it was a fairly cold night. When we were being shown to our table, I had a good look around and the place was very romantic. It had moon light views of the river and of Southbank and the table was lit up with candles. Partway through dinner we had a band serenading us and it mad me feel like so special and like we were in a fairy tale. During the serenade he held my hand and gazed into my eyes.

Before we left the restaurant, he kissed me, and it was like no other kiss I had ever had before. I had butterflies in my stomach, and I was feeling lightheaded from the entire night. He was yet again the perfect gentile man who had the views that if he wanted a relationship with me, he would take the time to woe and sweep me off my feet and that we had all the time in the world for things to get physical and that he was good to wait until I was ready and not pressure me into anything.

We were together for a bout 6 months and madly in love with each other. He worked as a trainer for the mining machinery for a mining machinery reseller which meant that a lot of the time he would have to fly out to mine sites around the world for his job. Over the next year we spent half of that year apart.

Towards the end of that year, he told me he loved me and that he wanted to have a family and settle down with me. So, we started to make serious plans together.

2 weeks after that he went to get an x ray done as and the found a little black spot on his right lung. On closed examination and further x-rays, they confirmed it was lung cancer he had from all of the dust, dirt etc on the mine sites.

When he told me it broke my heart and he also tole me he had to leave for the USA as they had better specialists and healthcare insurance over there. Another reason he was leaving he said was that he had seen what having lung cancer does to people and their loved ones who end up caring for them and he did not want to be a burden to me or any of his loved ones.

He left on a plane to the USA the next day while I was at work even though I told him I didn’t want him to go and that I wanted to take care of him. I tried to contact him after he got to the USA but got no responses to my texts, emails, and messenger messages so I never heard form him again. Not hearing from him after that shattered my heart into very tiny little pieces and it took me a while to recover. I eventually recovered from it, but it did take a few years as that was a love so intense, so strong and so very deeply passionate that I had never experienced before. The way I recovered from it at the time was by packing all the good and bad memories of him and us together and putting them in a box and locking them way. For years because those memories were in a box locked ways in my mind. My mind wouldn’t let me remember anything about that relationship until years latter when I was strong enough to deals with the emotions properly from having my heart shattered.

I have a couple of time moved on from then and dated but have not really found anything that even comes close to or even measures up to what I had with then and I couldn’t see those men as long-term relationship material. I am not looking now for a relationship as my life is pretty full. That is not to say I am not ready for or that I don’t want another long-term relationship because I am totally open to it but just not with any old riffraff. I now also believe that if a man is interested, he will do the chasing and ask me out on a date. ©