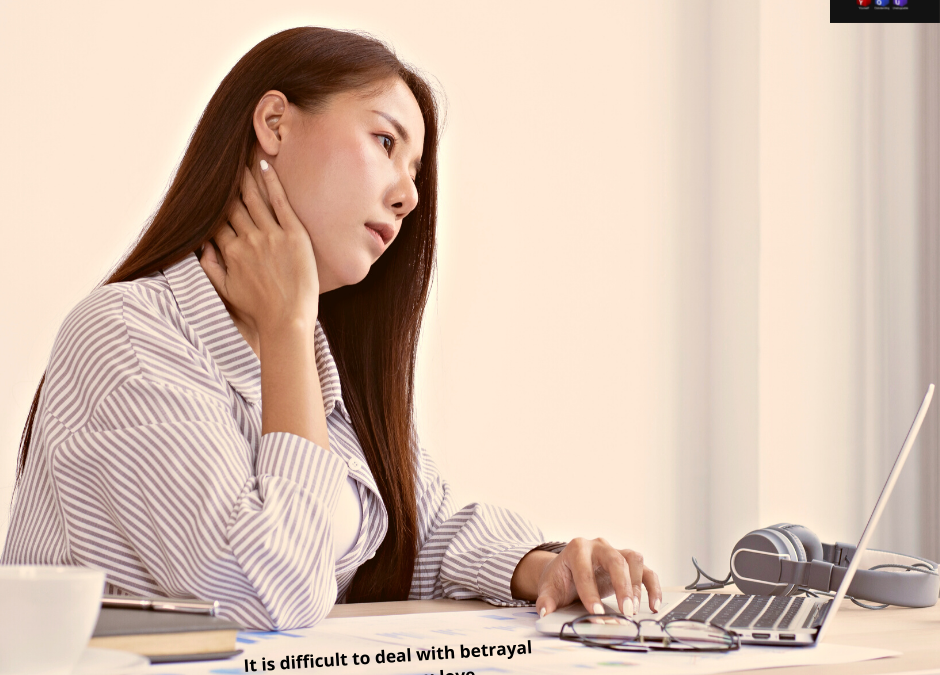 16 years ago, I was in a really long term stable de-facto relationship with a boy who ended up cheating on me with my best friend. This really hurt me as this relationship was the one that would last until the end of time, but it turns out he had been having an emotional affair with my best friend for the entire time we were together.  I will start at the beginning to give you some background and context on the story.

When I first moved into this place, I met my neighbors Carol who was 23 who had a son Sam who was 9 and her sister Jenny who was a 16-year-old bisexual who ended up becoming a lesbian who was always getting in trouble with the law with regards to drugs and fights etc.  Carols husband died due to a mishap with a cherry picker at work and so it was just the 3 of them in the unit next door.  I became really good friends with Jenny who introduced me to Chrystal her best friend who lived just down the street from us with her mum.

A couple of months after that Jenny and Carol had a party at their place and invited me to come.  So I went and that was how I met Martin.  Martin and I got along really well.  Martin knew Jenny and Crystal thought is friends Carlton.  Carlton had some mental issues and so he was either drinking or taking drugs to get way from facing them.  Martin tried to help Carlton the best way he could as he loved him like a little brother.

What I did not realise at the time of meeting Martin that he and Chrystal had deeper feelings for each other than friendship because they never told anyone including each other how they felt about each other.  Chrystal had issues with her thyroids being overactive, so she gained weight from that and constantly had mood swings. After a short time, Chrystal and I became the best of friends and Martin and I started to see each other. But Chrystal and Martin were always very touchy-feely friends whenever the saw each other they would give each other a kiss on the cheek and a long and connected hug which I did ask them about a few times but they both denied that anything was going on between them so each time I would turn the other cheek and move forward with my life where Martin and I were a couple and Chrystal was my best friend.

A few years went by, and Martin moved into my place and introduced me to his family.  His family was very nice, and I got along with him mum and stepfather and brothers’ girlfriend very well.  I remember the first time going over to his parent’s place and them telling me how they thought he was gay as he had never brought any girls home let alone to meet them before because you see he was still living in their house at the ripe old age of 20 until be moved in with me.

After the last relationship I was at first afraid of getting hurt again and Martin knew this and to put my mind at ease he told me about why he was not very close to his mother and why he was closer to his step farther and he told me that he would never hurt me in the way my ex hurt me as he saw what cheating did to his mother and step-father and he said he would never hurt me like that.  So I believed him and we got closer and closer.

As time went on, I became like a part of Martins family as his parents treated me like I was one of their daughters.  It felt great as though I finally belonged to a family that loved me for who I was and wanted me around.

A few weeks before mine and Martin’s 3rd year anniversary we had planned a weekend away in an expensive hotel in the city to celebrate.  His parents had a timeshare thing that they gave us that would give us massive discounts on the hotel room and food at one of the hotels restaurants, so we booked the Saturday night and the Sunday night of the week ending the 30th of September.  Martin had to work with his stepfather for a half a day on that weekend, so we planned to go to the city after he had finished work.  I booked in with a friend of mine who was a hairdresser for her to colour and cut my hair that Saturday morning, so I looked great for our anniversary.  Before going to my friends place to get my hair done, I had to go to the shopping centre ATM to get some money out.  That morning I was abducted by a stranger from that shopping centre carpark in my one car raped and had my life threatened by the monster before being dropped back at the shopping centre car park.  It was the most horrific thing I had ever experienced in my life.

As soon as I could I drove over to my friends place and collapsed at her front door when I told her what happened, and he called the police.   And I became depressed and withdrawn from things for a year while trying to recover from this on my own without medication.  The Psychiatrist and I agreed that I did not need medication for depression at the time.

A year went by, and I slipped further and further into depression and finally I spoke to the psychiatrist again and told her about the flashback and dreams I was getting, and she put me on mild medication.  The first lot of medication made me seriously ill, so she prescribed another lot that did not have those side effects but did make me very lethargic and tired a lot.

Martin and I would fight as he wanted me to help him more around the house like I used to before the rape and abduction happened but between the meditation and work, I was constantly lethargic and needing to sleep when I got home from work.  Don’t get me wrong we still managed to have some really good times together even when I was on the medication. We even managed to buy our own first house together.  I picked it out it was an amazing house and when I first saw it, I fell in love with it. Because Martin at the time was making less money than I was when we moved into the house, I paid for all the utilities and the mortgage on my pay as I was a contractor and earnt maybe 30% more money than he did as he had only just finished an engineering graduate’s degree and had taken up a junior engineer’s role with a local company and he was not earning much at all.

I wanted to do a course to help me progress my career further, but I had no money left after paying for all the utilities and mortgage, so Martin volunteered to pay for my course it was only between $1k and $2k in cost.

Chrystal had moved to the beach and found herself a nice man to be with.  I think they were together for 4 years.  Martin and her fiancé also had become friends and got along really well.  They would stay at hour place for a weekend or come over for dinner and we would visit them at their place regularly.

We were in the house I was paying off for more than 4 years, when out of the blue Chrystal called me and told me that her and her fiancé had split up and she was feeling very down about it all. The reason they broke up was that her fiancé had cheated on her behind her back with the girl next door and got her pregnant.  It was strange that she felt the way she did as Chrystal was also cheating on him with a fellow from her work and she used to tell me about her cheating exploits.

Chrystal had moved back into her mum’s house and her mum had gone out for the night leaving her alone and the made her feel even more depressed.  So, me being the loyal and caring best friend I had invited her over to spend some time with Martin and myself so she did not have to be alone and so that we could cheer her up.  I felt really bad for her.

She came over that night and we got take away and had had a few drinks, did some karaoke, played some pool and then finished the night watching some movies.

I was feeling really tired as anti-depressants and alcohol didn’t mix all that well, so I excused myself and went to bed. They continued watching movies on the coach in the loungeroom that night to the very early hours of the morning.

I sensed something was awkward between them the next day as Chrystal left my place fairly early to go home to her mother place.  I didn’t hear anything from her for the rest of the weekend.

I went to work on Monday and when I got to work and read my work emails there was a fairly lengthy email from Chrystal telling me the night, she was over our place they got together on the couch after I had gone to bed.  She also explained how they were having an emotional affair on and off behind my back with each other throughout the time I was with Martin.  I went home sick for the rest of the day as I felt sick in the stomach from reading her confession on it all.  When Martin got home from work that night, I showed him her email and confronted him about it and he said he probably would never have told me about it as he thought of what they were doing as nothing and innocent.

I found myself a rental to move into a couple of weeks later and moved and while I was feeling vulnerable and alone, heartbroken from what he had done he served me papers for my house.  I was only 3 days into the new place when he served me with the papers.  I signed the house over to him as I no longer wanted anything to do with him and because the banks would not take the risk of lending me the money to buy him out as I was a contractor at the time and too high a risk for them even though technically for 4 years, I paid for everything mortgage and utilities and could prove it and had could show them a continuous stable income stream for the past 4 years.

Latter I found out that it takes 3 to 6 months to have papers for the house to be drawn up and so he had to of been planning to take the house from quite a while longer that the time we had been apart.

Once I signed the house away, I reinvented myself again dealt with what had happened with the help of the holistic health support system I put together and move forward with my life the best way I knew how to.