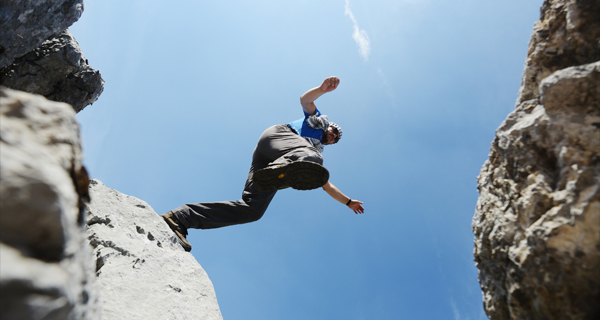 Looking at fear as a challenge to be overcome

Let me tell you why I look at my fears and see them as challenges.

I remember when I was 22, and I was going to spend the weekend away for my birthday with my partner I had at the time. I was so excited as it was a birthday present and I was in a fabulous mood that day. It was a Saturday morning, and I had arranged for a friend of mine who was a hairdresser to do my hair before I went away.

I got back to my car, not noticing everything that was going on around me. I got in my car, put the key in the ignition and didn’t lock the door as it was 10am on a Saturday morning and I thought it was safe. I was about to put my seat belt on when all of a sudden, my car door beside me on the driver’s side where I was sitting opened. There was a man crouching down with a syringe full of blood with a shirt over his head pointing the syringe at me, telling me to move over to the passenger side of the care and get on the floor.

I did what I was told to do as I was horrified of syringes. More importantly, the sight of blood made me sick at the best of times. He kept telling me the syringe had infected blood in it and if I didn’t do what he said, he would inject me with it. He then told me to tie a long football sock that was lying around on the floor of the car around my eyes and not to scream.

He drove me to his place, got me to get out of the car and guided me to a room where he forced himself on top of me and raped me. I said no, no, get off several times and tried to wiggle and move, but it was pointless. Once my body and brain realised, there was no escape, my body went into shock, my brain froze up and I couldn’t move. I didn’t know whether I was going to make it out of it alive. The fear I felt that day was the worst fear I felt in my entire life.

After he raped me, he guided me to a shower and made me wash the DNA away. He dressed me gain and while he was driving me back to the supermarket to drop me off and run he had a look at my drivers license and told me if I ever told anyone about it he would kill me as he had seen my license and knew where I lived. Just after he had parked the car in the supermarket car park, he made me count to 1000 and told me not to move until I had reached 1000. If did, he would know.

I did as I was told. Once I reached 1000, I untied the football sock from around my head and eyes and drove over to my friend’s house and collapsed at her front door. She then called the police. I then told the police what had happened. They took me to the station and got a formal statement and got a physician to do tests on me.

I was traumatised for a very long time after that and started going to a rape support group where everyone told their stories about what they had gone through. There was a difference between me and the other survivors and that was they felt guilty and blamed themselves for what had happened to them and I didn’t as I did nothing wrong and I knew inside of me it was the monsters attempt to feel powerful by doing what he did to me. I lived in fear for many, many months after that had nightmares every night and at work sometimes, I would stare at the computer screen and breakdown in tears. I got counselling, which didn’t help and my parents were less than supportive with my mother telling me over the phone a couple of days after the rape had happened that it was my fault as I had moved out of home at such a young age.

Myself and my partner moved to a new house not soon after that so that I could feel safe again as living where we were was not allowing me to heal and move on with my life. After a month, my brain had deleted everything that had happened to me out of my head and I moved on with my life. Not once, however, did I play the victim?

At work, I arranged self-defence classes for the women in the government department. I worked on giving myself and the other women the education on how to defend ourselves if anything like that ever happened again. It was through doing that I decided that being the victim and living in fear wasn’t for me. I was better than that. I had the rest of my life to live, and I intended to live it. I didn’t go on anti-depressants until 6 months after it happened, as I thought I could handle all the emotions, nightmares, and fear I was feeling on my own. The only reason I went on anti-depressants was because the nightmares were getting too much for me and I needed a way of not having them anymore. I was diagnosed with depression and PTSD. That was one of the most traumatic and horrifying experiences of my life and I lived through it built myself up and moved on with my life without ever playing the victim and blaming myself.

Years later, due to the anti-depressants, my relationship ended as I was not the same person anymore and had pushed him away. He went straight into the arms of my best friend, which hurt me more than the rape did, as the two people I trusted more than life itself had betrayed me and hurt me so deeply.

I moved out into a rental and three days later he served me with legal papers for the house that I was paying the mortgage for. It seemed he had been planning to take the house from me for weeks if not months as legal papers like the ones I was served with can’t be drawn up in a couple of day. He knew that if he served me so soon after I had found out about his indiscretions with my best friend that I would sign the house away to him and not put up a fight as he knew that I didn’t want to have anything to do with him ever again as I was extremely vulnerable and wasn’t thinking straight.

The sad part about it was that I had put so much of my money into paying off that house. I put half of my compensation money, which was about $30,000 from the rape and abduction into it too.

Anyway, that seems like a lifetime ago now and the only thing I had left to do was to pick myself up, reinvent myself and move on with my life, and that is exactly what I did. It took a lot of energy and strength and courage to do it, but I did it and I am so glad I never gave up on myself after all of that.

I started putting my holistic support system to get me through the bad times after those events and it helped me so much to become the person I am today. From building up my system I changed my views on my fears and became daring and maybe a little bold by facing my fears head on by jumping out of aeroplanes for my fear of heights, getting a professional photo shoot done to find out if I really was as ugly as others in my life had made me believe I was and getting driven around a V8 super care race track to face my fear of being out of or not being in control and when on holidays over-seas to face my fear of being stranded in a foreign country and not being able to find my way home gains. I no longer have depression but I do have anxiety but know exactly how to make the anxiety work for me so that it drives me and moves me forward in a positive light to where I am now a senior project manager and I handle stress and have managed multi-million dollar projects for global and international companies and I am bloody good at it. The anxiety makes me a very good project manager who plans things thoroughly and makes sure that there are mitigation plans in place for all the risks and issues the project may encounter. I now believe that fear is a challenge that can only make you stronger if you choose to take up the challenge.

Yes, I still have fears and tell people what they are, but I have never let the fear overwhelm me and I have always found the courage to face my fears as they are just challenges to me that only make me a better and more resilient person. ©