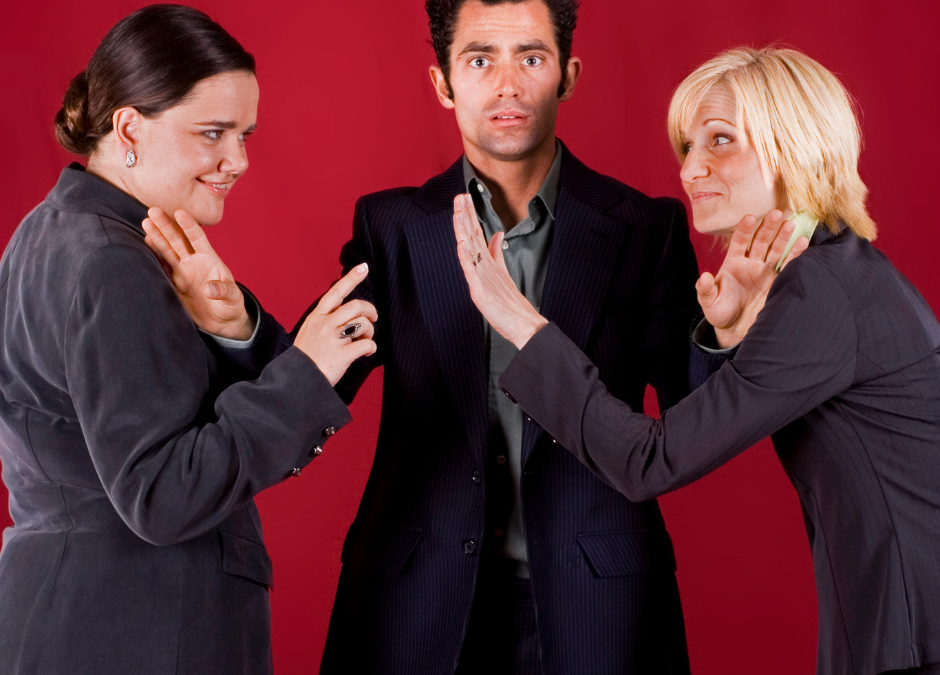 Over my 22 years in the Information Communication and technology industry, I have seen and experienced some unscrupulous stuff in the workplace.

One company I worked for were an employer of choice who used to put out newsletters to all their staff on a weekly basis saying they were an equal opportunity organization and that they valued both male and female workers equally but when it came down to the crunch when you worked for them you could see the gender bias in the way they operated which favored men over women especially regarding pay as there was a significant difference in pay between 2 people who did the same job but one was a male and the other female. The gap in pay was in the tens of thousands of dollars. Men would also get promoted far more often than women did.

Another thing I experienced was being interviewed by a major global organization that claimed to be an employer of choice but was not. The interview went really well with them, and they told me the interview went really well during the interview. But when they decided on who to hire, they told me in their feedback why I was unsuccessful in securing the role. It was because I was female and that I could not manage an all-males team. They said that women weren’t strong enough to manage their team and that they would not survive working in their environment.

In multiple organizations I have worked for as a contractor there seemed to be a lot of office politics at play for example as a junior project manager, I was hired to manage a system upgrade project for a construction company where there were multiple consultancies working to deliver the new systems. One consultancy had their director in the Program Management Office Manager office as the Program Manager who was constantly trying to discredit all the other contractors who were working on the program so that he could have them removed and replace them with the people he had on his books so that he could make a substantial amount of money through is consultancy. This Program Management Office Manager regularly sucked up to the permanent (CIO) Chief Information Officer for the company by taking him out to lunch and coffee and would manipulate him into thinking that the contractors he had working on the program from other consultancies were not doing their jobs properly. This happened to me, but because he could not discredit me, he convinced the (CIO) Chief Information Officer to let him move my project on to one of his senior project managers and demote me to a project support role as he told the (CIO) Chief Information Officer that a male would be more able to manage the project and would do a better job of it. He knew that the (CIO) Chief Information Officer was easily manipulated and would not stand up to him. I learnt after I left that the PMO manager had done the same thing to other contractors on that program of works that weren’t on his payroll.

Other organizations I worked for had managers who were permanent employees building up their empires within the organization through manipulation tactics. One time I recall I was employed to resurrect a multi-million-dollar project as the previous person who managed the project was a coordinator and let the project get into an awful state. She was a permanent, so she got moved on to another project and I was brought in to clean up the mess she had left behind. Once I got the project up and running again properly and had rebuilt the relationships with the vendors and the key project stakeholders, this coordinator was brought back on to the project as she was fantastic mates with the Director of one of the key areas, I need cooperation and buy in from. I thought it was odd that this coordinator got move back onto the project after she had left it for ruins before I came on board. This coordinator had a massive chip on her shoulder and regularly would undermine me when seeking feedback and approval from the Key stakeholders via email. You see she was only cc’d into those emails out of courtesy, and she was never supposed to give any feedback on the project artifacts being reviewed and signed off but she would always reply to all with her negative remarks and the modifications she wanted made to the project artifacts which caused the project to lose traction and caused friction on the project. I asked her to stop, but she would not. I even tried to build up a more positive working relationship with her, but she continued to undermine me. Through talking to the Program Management Office Manager, I found out the relationship this coordinator had with a director and also that she was being charged to the project for part of her time and not all of it. So, I devised a plan to speak to the director that had put her friend back onto the project and during our discussion I was told by this director that she was not happy that she could not bill her coordinator friend to the project full time. I said to her I appreciated the help her friend was giving the project but since the project did not need 2 coordinators that perhaps it would be best if she moved her friend onto another project where she could be fully billable as we had one coordinator already that was full-time on the project and his work was slowing down, and the need for 2 coordinators for the work just was not viable any longer. She agreed to then move her friend off the project and the speed of the picked up after this coordinator was moved off the project.

I experienced a situation in a previous role where I was passed over for a Project Management Practice lead role even though I had put in their project management frameworks, templates, processes, and procedures and deserved the role. The incumbent that got the promotion was a male and had been working for the company for 3 months longer than I had, and his project had gone way over budget and the client was refusing to pay the extra money for the project work delivered. All my projects I managed for them came in on budget or under budget and their clients were thrilled with my work. I was told the reason I did not get the role was because this person had networked really hard within the organization with other male managers and become really tight friends with them, so they promised the promotion to him. A week after he was announced as the practice lead, it was also announced that he would put in new project management frameworks, processes, and procedures for the projects. This was something I could have done as I had already put this in place for them and I know all the processes, procedures and templates very well as I developed them for the company previously. When I asked why they gave him the promotion and not me my manager said that it was an old boys club thing and they she had suggested that I get the promotion, but it was not her decision to make and so the rest of the management staff did not pay any attention to her recommendation. There was nothing I could do about it, so I had to let it go, move on. After this, the company got taken over by a larger global company who did a restructure and made many people redundant, including myself.

There are many other experiences I could tell you of the same nature that I went through in my It career, but I won’t. What I will tell you, however, are the things that people need to be aware of when starting a role in a new organization and the things I learnt from these experiences.

Lessons I learnt from working in these environments

My battle with cervical cancer