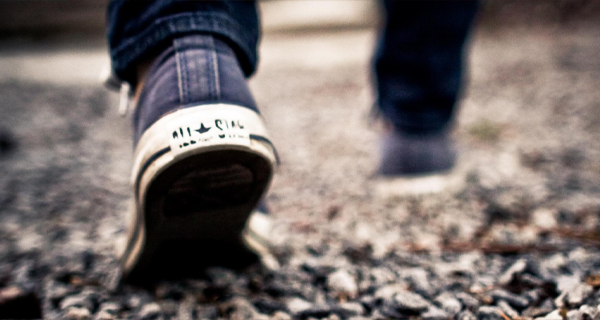 What I learned from being betrayed by my childhood best friend

So here are some moments in my life that my childhood best friend betrayed me and what I learned from those betrayals. For you to understand the lessons, you first have to know the story behind the lessons. That story is below.

I was in year 9 when it happened. I had slaved for weeks and weeks over a drama assignment.

During those few weeks, my best female friend at the time was playing hooky from school. When my friend finally came back to school the assignment was due in and the teacher we had knew we were close friends and the teacher told Angie my best friend to borrow my notes, knowing that I paid a lot of attention in class and had lots of notes that she would be able to quickly turn in to an assignment.

Angie borrowed my notes that day and came to me the day after telling me that she could not turn them in to an assignment for herself because they were in full sentences and she asked for my help to put the assignment together. I agreed to this, not knowing that she really wanted me to write her assignment for her.

That night I went over to her place and she just sat there and said I can’t do it and cried and made a song and dance about it. I felt sorry for her, so I showed her how to rearrange the sentences in such a way that it did not look exactly the same as my assignment and notes.

I was young and wanted to be liked at the time as my family life wasn’t the best so I wanted to help her so I restructured all the sentences for her and then told her not to submit it as it that she would need to give it a go changing it to suite her understanding and her wording and I left that night. The very next morning, she submitted the assignment.

A week later the results had come out, and I had gotten a B+ and she got an A, which was impossible for her to get as she had missed so much for that class and only had my notes to get an understanding from.

That made me so angry as I trusted Angie to restructure and put the assignment in to her own words as she had promised me she would, and she didn’t. Instead, she handed it in to the teacher and took the credit for my work and had gotten higher grades than me for it.

When I queried Angie about the assignment and not letting on that I had spoken to the teacher and seen what she had handed in she said I studied what you had written for me gotten an understanding of it and rewrote it in my own words and handed it in for marking as you had asked me to do.

What she had done by taking credit for what I had written and then lying about it really hurt me. I had never felt so hurt and betrayed by someone so close to me in my teenage life as I did in that moment.

It was at that moment that everything has changed for me. I became less trusting of others and more skeptical. I started questioning myself, who I was, and all the people around me. I eventually forgave her and became friends with her again.

A couple of years later, she went and told some of my deepest secrets I had told her in confidence to a couple of girls who used to bully me in the hopes that she could become their friends. She also told them I was talking about them to other people as she had overheard it. Which I never did, and they threatened to beat me up. When I stood up for myself, they went and beat her and another girl that we were friends with up instead. They beat them up really badly. I felt as though this was my fault for a few months and then one day it clicked to me that if I had not of stood up for myself and told the truth, then they would have beaten me to a pulp and that what had happened was not my fault but her doing as she had lied to those girls about me and the realised it when I built up enough courage to stand up for myself and tell the truth. Those girls teased and taunted me until I changed schools.

She tracked me down many years later on Facebook and she told me about how she has a new husband with lots of money and that she had no need to work was only with him for the money and that was when I finally for the last time cut ties with her as she was definitely not the type of person I wanted to be around. She never even apologised for any of the times she had lied to me and hurt me in the past. I honestly thought that this time around would be different. She would be different and you know we should be learning and growing from our mistakes, but she never did, and she wasn’t any different from all those times she had hurt me. Of course, things were not different, as she had not changed one bit. I do not know why I thought that maybe she had changed. She was still the same selfish person she was back then.

Therefore, if you hurt me once, it is shame on me, hurt me twice, shame on you, but hurt me thrice and I just walk away. I was not, however, the same way with my family, but that is another story for another day. I did a lot of soul searching after that and could not trust or let people get close to me without putting a wall up to protect myself for a few years after that. I did, however, heal from this experience and move on with my life.

What I learned from this were: