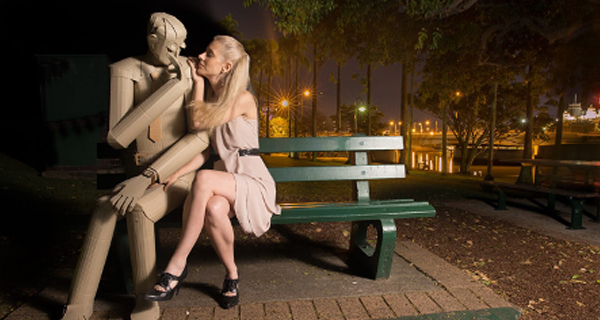 Let’s talk about women and dating and what young girls are brought up to believe and want because of being female.

From a very young age girls are raised to believe and have drummed in to our heads that to be successful in life you have to get married and have children and that if we are to have a career that it is to be second priority to getting married. If you don’t get married in your early 20s that there is something wrong with you. Women are taught that we must not put ourselves first and that we must not have ambitions, hopes and goals in life other than to have a family and serve our families. We are taught that women are the gender that must sacrifice everything for family and marriage. This is taught to us by religion, culture, family, school, and society in general.

My upbringing was in a strictly religious family where the religion would drum into our heads that women must be feminine, must obey the man in a relationship and in marriage, are not equals to men but merely the lesser of the two genders in the species.

We were taught from history that women should not voice their opinions or have an opinion. Women in the workplace a not to show that we are smarter or more intelligent than men, but merely to sit there and put up with and do as the man says when at work. It wasn’t until women’s liberation came in to play in the 1960s that women even started to have rights. If you look at the timeline for women’s liberation, it goes similar to the below:

The above dates are just a snippet of some of the memorable historical dates on the women’s liberation timeline.

You would think that in this day and age, given the dates above that there would be more gender equality in the world. Society as we know it today is still stuck in the past before women’s liberation as women are still being brought up to put marriage and children first and in the workplace women are still not being paid the same as men for doing exactly the same work as men. There is still a lot of sexual discrimination and harassment in the workplace. Women are still being taught not to get high paid management roles and some companies, although not publicly known, won’t hire a woman in a management role.

Don’t get me wrong I think women’s liberation is great, but it has blurred the lines of dating to the point where men are afraid to ask a woman out on a date and men don’t know what they should and should not do when dating a woman. Men no long what to court and chase after a woman and take her out on dates and show her she is special, men don’t know whether to open doors for women when they are getting out for cars of walking out of a room or building, men no longer want to spend the money to take a woman out on a romantic evening or weekend away. Some men think that because sex is easily available to them that they can approach a woman for a friend with benefits, fling, a one-night stand or sex buddy thing and that a woman will just give them what they want. Fair enough there may be some women out there that may have very low self-respect and self-esteem that will do that and that makes it difficult for those women that are actually looking for love and a long term loving romantic relationship to be able to find that. A lot of men these days think that taking a woman at the footy is a romantic date. Well, I have news for you taking your partner to the footy is not a date as it doesn’t make the woman you are with feel special at all!

I have dated men who have deceived me on dating apps and internet dating sites and have scammed me saying that they want a relationship, but after they get what they want, they don’t give me the time of day. There are also men who are narcissistic manipulators that want to date a doormat, someone who they can make feel bad and make dependent on them through narcissistic behaviour and manipulation so that they can get their own way all the time. These men really need to be bought down a peg or two. There are also men who think it is perfectly fine to abuse (physically, sexually, emotionally, or psychologically) and rape women for their own enjoyment. These men should be incarcerated and imprisoned for life without parole. It is NEVER ok to abuse and or rape a woman EVER! These men have obviously been brought up the wrong way and or something in their childhood happened to them that is making them choose to be this way towards women.

Don’t get me wrong, I am sure that there are some rare men out there that see a woman as equals and that will treat her special, with respect and lovingly. I am sure that these men have been brought up correctly and are very genuine and honest and will treat the relationship as an equal partnership. In fact, I am friends with some of these men.

Women are bright, smart, intelligent, witty, fun, sexy, cute, fair, loving and warm human beings that deserve and are worthy of soo much more than how they are currently being treated by men. Men should be loving, caring, genuinely interested, romantic, loyal, gentile, respectful and considerate when they enter a relationship with a woman. They should be treating the woman they are involved with as sacred, amazing, and equal partner Women do after all give birth and sacrifice a lot of themselves for their families. If a woman wants to have interests, hobbies and go out and work, it should be her choice. Women should be encouraged to grow and to become their own person and not imprisoned in a relationship by a partner who is not supportive of their needs and who feels threatened by the woman growing and changing. He should want to grow and change with her because he sees her as the amazing person she is, and he can’t see his life without her instead of feeling threatened by her personal development and growth. This should also be reciprocated as a relationship is a partnership that needs to be nourished, cherished, and nurtured to grow. If you are not prepared to grow together through the good and the bad, then it is not a relationship. ©